Now, don’t tell me you expected that…

Ever since electric cars came back onto the menu in the Lithium age, something like this has been coming. Something flatly outrageous, something that smashes the paradigm of the hypercar and lays waste to all before it. Meet the 5.221-horsepower, 303-mph, all-electric Alieno Arcanum. Born of a Bulgarian company nobody’s ever heard of before, the Arcanum lays down the longest, brashest and most ridiculous set of promises I have ever seen in a press release. And boy, have I seen some press releases, folks.

Alieno’s very first car, if these statements are to be believed, will instantly become the fastest, most powerful and most technologically advanced production car on the planet, with daylight second, and then another daylight, and a late lunch, and then the rest of the field. Let’s take a look at some of this company’s eye-popping claims: Thousand-horsepower cars are officially for pussies now. The Arcanum will come in four models, from the 2,610-horsepower RP2 (RP standing for Raw Power, naturally) all the way up to the “why would you bother with the other ones” RP5, which smashes out 5,221 horsepower and 8,880 Nm of torque. That’s 6,549 and a half pound-feet in the old money, or shall we say about three and a half times more torque than you’d get from the motor in a really good 18-wheeler logging truck. The Tesla Model S, to take another example, recruits about 750 horses in Ludicrous mode on its way to a 2.8-second 0-60 mph time. That’s fast enough to paste the jowls of older passengers back against their necks, giving them an acceleration-induced facelift. The Arcanum promises to be seven times more powerful. Why? Why not! I mean, it’s not like the extra power will make it less efficient to pootle around town in, it’s electric after all. And sometimes you just want 5,000 horsepower. Maybe you’re overtaking on the highway. Something like that. Alieno plans to use six small, axial flux electric motors per wheel for a total of 24 motors in the RP5, allowing it to switch motors on and off in the name of efficiency or cooling. Each motor will have its own controller. The car will be all-wheel-drive if you wish, or you can get into what promises to be a gargantuan menu system and play with sliders to apportion exactly how much power you feel like to the front and rear wheels to switch the dynamics up. The ridiculous figures don’t end at the powertrain. Oh no siree. You can spec the Arcanum with up to 180 kilowatt-hours of battery, giving a range as far as 1,020 km (634 mi), pipping the upcoming Tesla Roadster’s 1,000-km range promise. The Arcanum will run an 800-volt battery system that uses high energy-density graphene lithium polymer cells as well as auxiliary supercapacitors to deal with the monstrous peak discharge rates a car like this will require. That peak discharge? Try 23.4 megawatts, or enough to power 15,210 homes according to Idaho’s Public Utilities Commission, at least until the battery gets too warm. Nice to know, in case there’s a blackout in the neighborhood… How about charging? Brace yourself. Alieno says it’ll build you a scrotum-wrinkling 2,700-kilowatt DC charging station if you want one, which will blast-charge the biggest 180-kilowatt battery from zero to 100 percent in four minutes. A hair under 8 times quicker than the “world’s fastest EV charger,” which itself is so fast there’s basically nothing on the market that can use its full flow rate of 350 kilowatts.

Up to 350 kilowatt DC combo charging and 400-kilowatt CHAdeMO options are also available, as is wireless inductive charging at a rate up to 22 kilowatts. Aerodynamics: Pretty out there

Alieno (Italian for Alien and a bit catchier than the Bulgarian извънземен) says the Arcanum has “active, robotic and adaptive aerodynamics.” Mind you, the company calls everything on this car robotic, from the pre-preg carbon panels and air-con, to the seats, the pedals, the suspension, brakes and wheels. I just word-searched the press release, and the word “robotic” appears no less than 42 times, with a peak frequency of seven times in two magnificently robotic paragraphs. So unless we state otherwise, just assume everything is robotic, whatever that means to you. From the CAD images, we can tell it’s running some fairly serious ankle-stabbing splitters, along with aggressive side skirting and an active rear wing that at its most extreme angle can flip up to be an air brake. There are assuredly other “elements flaps and mechanisms,” robotic, of course, that assist in modifying the drag and downforce to suit the driver’s speed and conditions, and they’re sprinkled all over the car, including underneath it. Oh, wait. They even admit it: “The aesthetics of special aircrafts like F-117 Night Hawk, F-22 Raptor and SR-71 Blackbird, play a key role in the shaping of ARCANUM,” quoth Chief Design Officer Encho Enchev. “The last influence in the design, comes from the cult movie series Star Wars and in particular from the helmet of Darth Vader. The only thing you need to do, is to look at the rear of the car and use your imagination.”

The chassis is a carbon-fiber honeycomb monocoque with separate carbon subframes fore and aft. The bottom is reinforced with Kevlar, as all good bottoms should be, and there are crumple zones should the harsh world intrude on you from any of the car’s four sides. The exterior? Carbon. Every panel, nook and cranny, from the butterfly-wing doors to the mirrors and even the pre-preg carbon wheels, which come in 19, 20 and 21-inch options.

The interior? Carbon wherever possible, including the steering wheel and memory-adjustable robotic seats, which are covered with memory foam and a roll or two of Alcantara. We don’t know what it’s supposed to look like, because apparently the marketing budget hasn’t stretched to a CAD rendering of the inside of the car yet.

The suspension: Alieno’s own suspension, which is highly robotic. It’s a double-wishbone/pushrod/rocker arm job with an adjustable anti-roll bar and electronically adjustable damping. There’s also independent ride-height adjustment at each wheel, in case you want to ride along at a jaunty angle or something. The brakes will be primarily regenerative. They might as well be, with five thousand horsepower’s worth of motors wrapped around the axles. There’s not going to be a whole lot of situations where you need more than that. Yes, it’ll come with regular old hydraulic brakes too. But they’re robotic, baby, and they have titanium pistons too, so there.

If you’re a really huge fan of not going fast anymore (like pretty much anyone who tops this thing out will be; top speed is higher than 303 mph, or a rather jolly 488 km/h), you can specify a dragster-style parachute that fires out the back. Feast your eyes upon the eyes with which Arcanum will feast upon the world around it: 17 cameras, one LiDAR, no less than 8 radars, a GPS, an IMU, a partridge in a pear tree and “a large number of other sensors” too unglamorous to mention.

The car can see in stereo at both the front and rear. The wing mirrors themselves have five cameras each. There’s cameras monitoring the emotional state of the driver and passenger; personally, we’d fit it with sphincter clenchomters. Rest assured, this thing is going to suck in data like there’s no tomorrow. As for what the car will do with these cascading streams of video? Well, it’ll unlock itself when it detects your face (or iris, or retina, or fingerprint, or speech pattern, whatever), and there’ll be driver assist systems.

What systems? That’s classified. But it’ll have Alieno Artificial Intelligence, which, it is claimed, “assists the driver, prevents him from making mistakes and teaches him how to improve his driving skills, habits and style, with the sole purpose of being able to explore and use the full potential of the car.” Everyone, according to Ivan Kirov, Chief Test Pilot and Chief Sales Officer for Alieno, who says: “… we had to make sure we were creating a user friendly car, which is drivable. Not only drivable, but also pleasant to drive. Easy to drive, smooth, fun, enjoyable, safe or simply flawless. Superior in every way, to what we have seen or driven so far. Just perfect. Everything in this car happens logically. The maximum acceleration is easily achievable, by anyone who buys the car.”

He’s not stopping there, either: “The car is the safest one on the road in any term. It is amazingly stable and maneuverable. The braking is smooth and also logical. It feels like a normal car for anyone who drives it.” You mean, the car you haven’t even rendered a CAD mockup for the insides of yet? I guess that does make it extremely safe. It will only become unsafe once it becomes built, at which point it is a 5,000-horsepower, 303-mph sportscar, which is the opposite of safe.

Look, you’ll have to excuse the tone we’re taking here, because the spec sheet on this thing reads like a 13-year-old’s moistest fantasy, a set of numbers so idiotically heroic and excessive that we’d call outright shenanigans if it wasn’t for one small fact: the fact that this kind of rib-shattering, eyeball-flattening tarmac violence is very much possible with an electric vehicle.

That doesn’t mean we’re not calling shenanigans; if the Alieno Arcanum RP5 makes it onto the street as specified here within 30 months, at a price of €1,500,000 (US$1.761 million), I will personally upload a video of me doing the robot dance to the best of my ability. And I’ll be glad to, because this thing will be one of the four horsemen of the apocalypse signifying the demise of the gas guzzler. Let’s all set our alarms for January 10, 2021, shall we? By then, Alieno plans to have somewhere between 8 and 24 new models under construction (each with similar performance and pricing to the Arcanum but vastly different looks), as well as a new production center and test track in Tuhovishta, Bulgaria. Go, you madmen, prove us all wrong, that we may bask in the glory of your achievements and count ourselves among those who said you couldn’t do it. 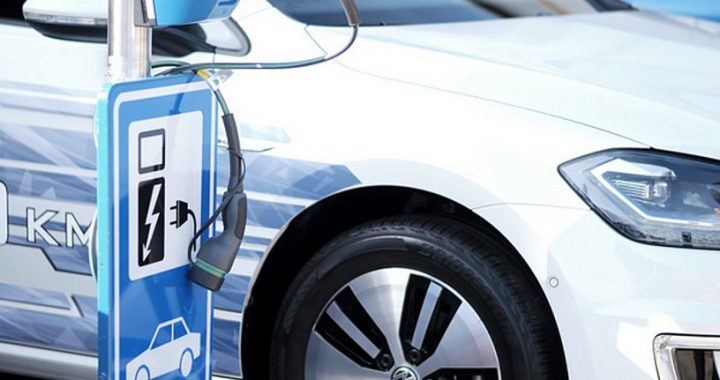 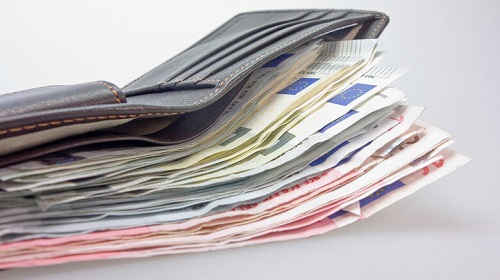 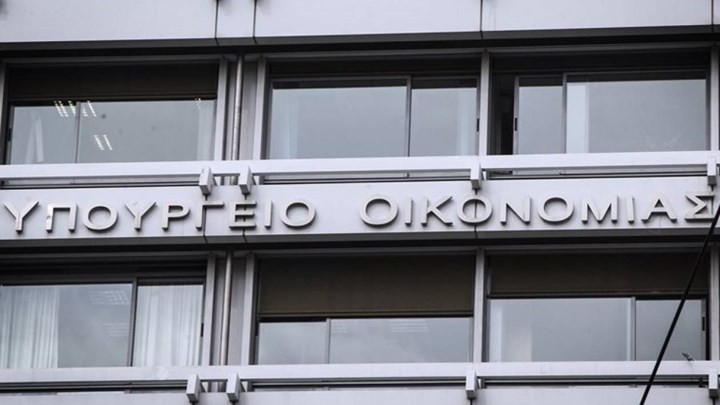